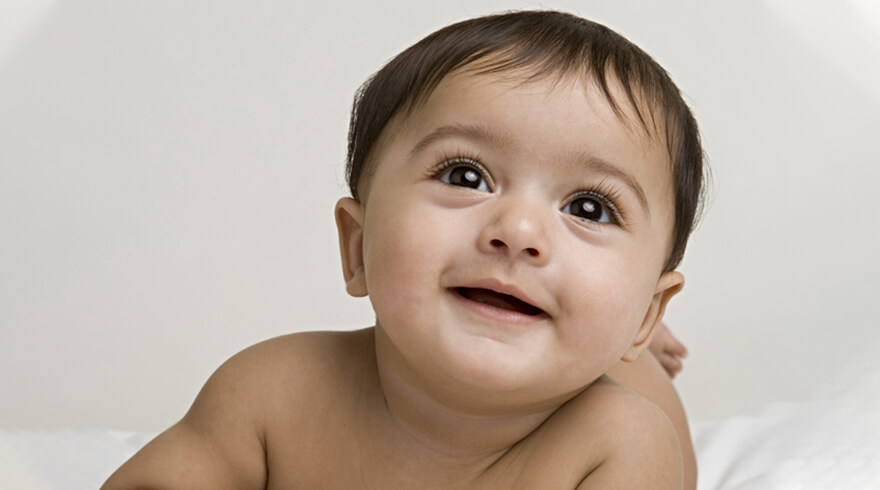 The healthy growth and development of infant is firmly rooted in their nutritional intake, especially during the first 1000 days of life. Human Milk considered as the first and best source of nutrition for an infant. It is specifically adapted and uniquely formulated to fully support the infant’s growth and developmental needs for the first six months of life. World Health Organization (WHO) recommends exclusive breastfeeding for the infant for the first six months, with continued breastfeeding along with appropriate complementary foods for two years and beyond.

Breastfeeding has many benefits for infants:

The unique composition of human milk provides specific short and long-term health benefits for the infant including:

It is not just one or even a few ingredients in human milk that confer its specific benefits but rather it is this interplay between multiple ingredients that delivers these effects. The macro and micronutrients, along with other essential components have important and specific roles to play for e.g. nutrients in breast milk that confer immunity includes: 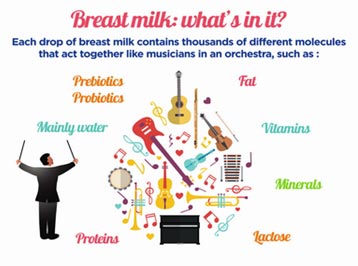 Human milk is like a symphony orchestra with each of the components acting like one of its instruments.

Oligosaccharides: They are the 3rd largest component of breast milk after lactose and lipids. They are non-digestible carbohydrates which when consumed exert a prebiotic effect. They have a positive influence on the immune system of the infant via modulation of the gut microbiota. These oligosaccharides promote the growth of beneficial organisms such as bifidobacteria and lactobacilli in the gut of the infant, thereby promoting immunity.

Beneficial Bacteria: Human milk is a rich source of Bifidobacteria which has health promoting and protective properties. Bifidobacteria is known to significantly lower the pH of the gut by producing SCFAs e.g. acetate which helps lower the pH of the gut which in turn arrests the growth of pathogenic microbes. This is very essential as the infant gut is still in the developing stage and are very susceptible to pathogenic microorganisms.

Long chain polyunsaturated fatty acids (LCPUFAs): They are nutritional as well as functional components with antioxidant and anti-inflammatory properties which confer protection as well as benefits to the metabolism of the infant in an optimal way. The lipids in the human milk and LCPUFAs such as docosahexanoic acid (DHA) and arachidonic acid (AA) are also important for the brain and immune functions.

All the above nutrients act in symphony to provide optimal immunity to infants. Each nutrient found in breast milk has a unique role to play individually and sometimes synergistically. The composition of these nutrients keeps altering throughout the lactation period in accordance with the need of the infant.