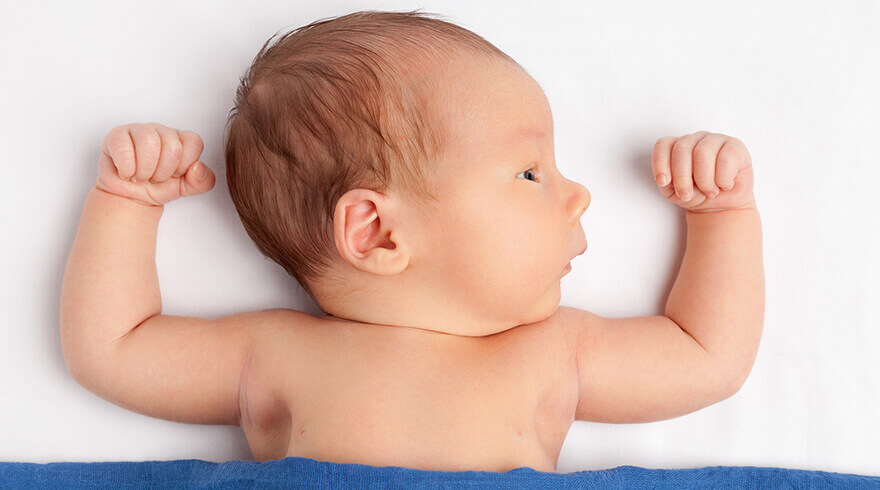 The first 1000 days of life lay the foundation for infant’s future health. During this critical period, the infant’s gastrointestinal tract and immune system undergoes rapid development, including the establishment of the gut microbiota. Around 100 trillion bacteria colonise the gut, collectively referred to as ‘microbiota’, and contribute not only to nutrient metabolism but also development and function of the immune system as well as gut-brain communication. The composition of the gut microbiota changes over time, in response to the infant’s external environment and nutrition. 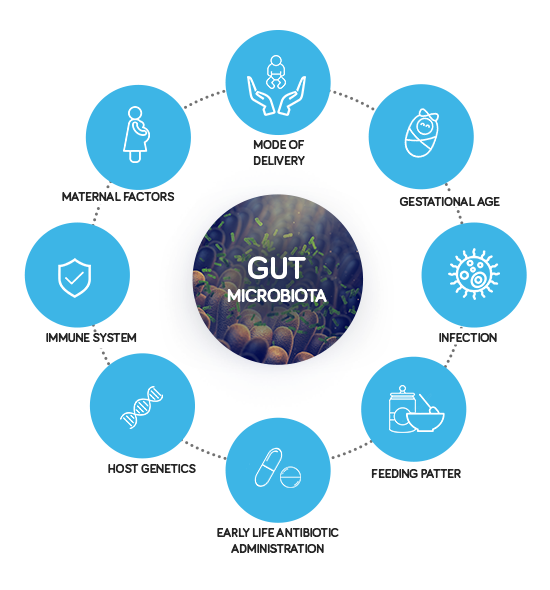 The gut colonization generally begins with aerobic bacteria such as Escherichia which consume the oxygen present to give way to the development of facultative anaerobes and occult anaerobes such as Lactobacilli, Bifidobacterium etc.

The major driver of change in the microbial composition comes with the introduction of weaning/complementary foods. Introduction of solid foods increases the number and diversity of bacteria until, around 3 years of age, the microbiota has stabilised and resembles that of an adult.

Beyond the above mentioned factors, in a developing country like India, infants face the burden of environmental contamination and different feeding practices which further influence the gut colonization process. Indian infants born at term through vaginal delivery and are exclusively breast fed showed a high prevalence of Firmicutes and Proteobacteria followed by Actinobacteria and Firmicutes by 4 months of birth (Attri et al, 2018). The bifidobacteria count is usually low immediately post birth and are seen to 10-fold or more by day 4 of life (Pandey et al, 2012; Kabeerdoss et al, 2013). Balamurugan et al (2010) in their study on 14 term neonates reported Bifidobacterium longum subsp. infantis to be the sole bifidobacterial species colonizing the gut of an Indian infant.

A difference in the gut microbiota is also seen between the term and pre-term, vaginal and C-section delivered Indian infants. Term infants tends to have higher Bacteriodes and bifidobacterial counts when delivered vaginally as compared to C-section at day 90 of birth (Kabeerdoss et al, 2013).

Sharma et al (2012) analyzed the fecal microbiota from 62 preterm infants and reported higher counts of aerobic bacteria as compared to protective gram positive anaerobic bacteria especially Bifidobacterium and Lactobacilli species. Dysbiosis in the premature infant gut with predominance of pathogenic organisms may be a reason behind high incidence of Necrotizing enterocolitis (NEC) observed in this population.

To summarize, the pattern of colonization observed in Indian infants is not very different from the western counterparts but differs at the sub-specie level. Bifidobacterium and Lactobacilli are the predominant microbes found in the Indian term infant gut who have been exclusively breast fed. Infants born via C-section delivery and who are initiated on complementary feeds early in life show a more varied microbiota as compared to exclusively breast-fed infants.