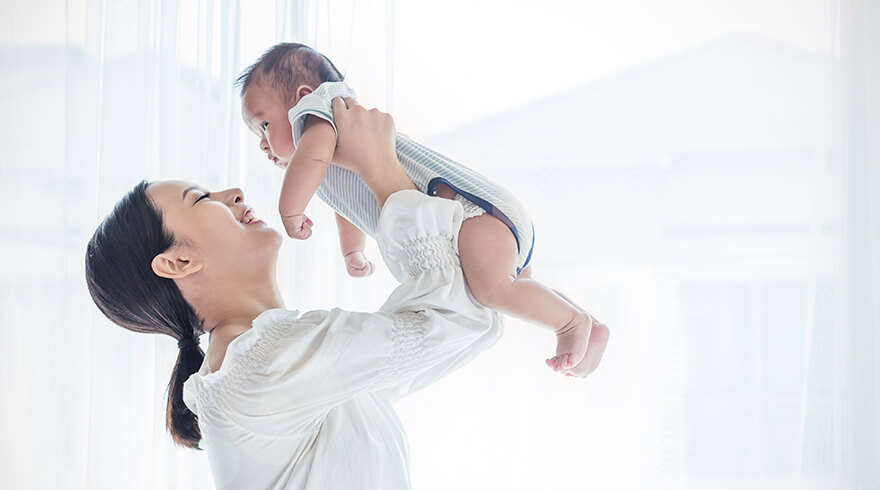 Gut plays a vital role in influencing the overall growth, development, and immunity of an infant. It hosts about 70-80% of the immune cells in the body making it the largest immune organ in the body. The microbiota such as the commensal organisms, synbiotics, and pathogens, present in the gut influences the guts function as an immune organ. Further, the pattern in which the microbes colonize the gut during early life also influences the establishment and maturation of developmental pathways.

The several functions performed by the gut microbiota for the host can be broadly classified into metabolic, trophic and protective functions.

The gut microbiota ferments the prebiotics and produces SCFAs. These SCFAs contribute to about 10% of the caloric requirement. Additionally, the SCFAs produced help lower the gut pH and create an acidic environment which is favors the growth of beneficial organisms such as Bifidobacterium and lactobacilli. The lowered pH of the intestine also prevents the replication of pathogenic organisms thus conferring immunity.

The protective function of the gut is routed through growth of beneficial organisms which help with:

The gut has a natural barrier of healthy microbiota which have excellent ability to adhere to the mucosal layers and inhibit the pathogenic microorganisms from attaching itself to the colonic epithelium. This helps in achieving successful colonization resistance and helps to combat against several infections as observed in breastfed infants. The healthy microbiota further forms a complex nutrient web where the metabolic by product of one microbiome is the growth substrate for another thereby competing for available nutrients. They also stimulate production of mucin and other components which act as a barrier to invading pathogens by competing for the adhesion site in the gut epithelium. Both these processes limit the ability of the pathogenic bacteria to invade, establish and replicate in the epithelium and the deeper tissues. Lastly, they also produce broad range of peptide metabolites which have a narrow or wide range of bactericidal activity against competing microbes.

Healthy gut bacteria like Bifidobacteria helps in strengthening and reinforcing the mucosal barrier by providing SCFAs which are used as an energy sources by the lining of the gut and simultaneously reduce the risk of infection. The gut microbiota helps in the formation and development of GALT. The GALT comprises of 80% of all immunologically active cells and is crucial for the microbe-gut immune system interaction. It is a self-contained immune system that recognizes antigens and generates an immune response that is contained within the mucosal compartment. This aids in the prevention of systemic inflammatory response (Houghteling and Walker, 2015).

Beyond this, the microbiota also plays a role in the gut-brain axis. The gut and brain are closely linked. The former harbor a vast network of millions of neurons and in this way, the gut influences the brain and vice-versa.

Early life nutrition is, therefore, a crucial factor that can influence both gut microbiota and may affect brain development. Further understanding of this complexity of the microbiota-gut-brain relationship opens the window of opportunity for nutrition to promote normal brain development in early life.